Il Civettaio is the result of Gregorio Dell’Adami de Tarczal’s passion and hard work, who bought the estate in 1998.
After graduating from a Master in Business Administration from Università Bocconi, Gregorio started a bright career as a manager in private companies. However, he continued to cultivate a strong passion for wine, due to family traditions; the Dell’Adami de Tarczal, originally from Hungary, were in fact Tokaji’s producers. Finally, in 1998, Gregorio decides to change his life and dedicate it to his passion for wine; that is when he bought il Civettaio. 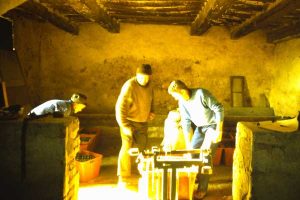 Civettaio welcomes guests in an old Tuscany style farmhouse of 700. It hosts six apartments and the barn, which has been reconstructed, now hosts the restaurant “Il Capriolo” (The Roe Deer) and the wine cellar. The beautiful swimming pool, the vineyards, the garden, and the forest are available to the guests who are encouraged to immerse themselves into the wildness and relaxation of the Tuscan countryside.

The attentive reconstruction has been conducted in a way that preserves all of the details from the old estate such as the terracotta floors, stone fireplaces, and the wood-beamed ceilings. 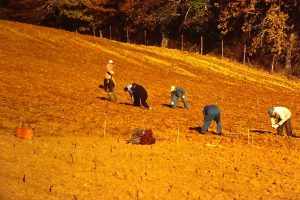 When Gregorio first came across the estate and fell in love with it, he could not dismiss an interesting coincidence. The name Civettaio indicates a place where owls (in Italian civetta) meet. Interestingly, the animal is very significant in the family history of Dell’Adami de Tarczal and it is predominant in the family’s coat of arms.

Gregorio is currently renewing the old Hungarian winery in Tokaji, not only to preserve the magnificent Hungarian territory, but also to honor the family’s origins and traditions.